Copyright
All images on this site are (c) David O’Flynn. Unauthorised use and/or reproduction of any image is strictly prohibited without express permission. All rights reserved 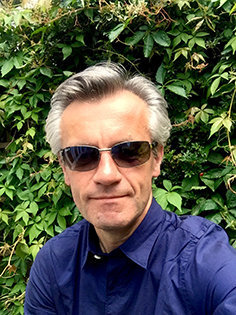 Biography
I believe that the best photography is that which is visually appealing and accessible, and I try to live by this philosophy whenever I work. While much of my work is an emotional response to Ireland and the Irish (in its broadest meaning), I like the ordinary and everyday things, especially the colour and gentle eccentricity that we see all around us. I am also drawn to ideas where there is some kind of historical link or anniversary.

I hold a BA in Photographic Media (Distinction) from Griffith College Dublin and I have had a number of solo exhibitions, undertaken commissions (both for display and for publication) and published three books, including an eBook. More books are planned.

I accept assignments and please feel free to call or email me to discuss any ideas you may have.

Images of Fingal – Coast and Castles
Books Ireland (Feb 2008) “…the consistently brilliant quality of the pictures lifts it streets beyond the norm. The author expresses a nice sense of humour and has the trick of pressing the button at exactly the right moment, but above all he uses form and light and shadow – chiaroscuro – in a way most colour photographers have forgotten or never known”

Brian Maguire, Area Manager for Ireland, British Legion “I thought that it was an interesting perspective on the issue of Remembrance in the island of Ireland. I was very pleased to be able to include it in the 2012 “Festival of Remembrance” programme”

All photographs© David O’Flynn
Made with Viewbook